Jan Jarboe Russell was born in Beaumont Texas and grew up in small towns in East Texas. Her father was a minister of music in the Southern Baptist church; her mother an elementary school teacher and reading specialist. Music and books were everywhere in her home growing up. When she was sixteen years old, she landed a job at the home town weekly newspaper The Cleveland Advocate and decided to be a writer.

She graduated from the University of Texas in Austin in 1972 with a bachelor’s degree in journalism. While in college she was on the staff of the college newspaper The Daily Texan.

After graduating she took a job in Savannah, Georgia with the Savannah Morning News. In 1973 she moved to San Antonio and became a political reporter at the San Antonio Light. In 1976, she joined the Hearst Bureau in Washington D.C where she focused on Texas politics.

She returned to San Antonio in 1981 with the San Antonio Light as managing editor and later when the Light closed was a daily and Sunday columnist for the San Antonio Express News. The column was hard edged focusing on city and state politics.

In 1984 she was a Nieman Fellow at Harvard College, one of twelve American journalists to study at Harvard during an academic year. She studied American literature, religion and philosophy. This experience shifted her interest toward long-form journalism focusing on politics, religion and social issues. In 1988 she joined Texas Monthly magazine as a senior editor. In 1989 her story, “Adoption: The Woes of Wednesday’s Child” about the need for reforming adoption practices in Texas, was selected as best magazine story of the year by the Headliner Club. In 1993 she won the award again for a story entitled: “Why Me?” about the family of Reverend Jimmy Allen who lost 3 family members to AIDS.

Other stories in Texas Monthly included a profile of former ambassador to the Soviet Union Robert Strauss; a profile of former Senator Kay Bailey Hutchison; a cover story on former Governor of Texas Ann Richards;  a cover story on Herb Kelleher founder of Southwest Airlines; and a cover story on former First Lady, Lady Bird Johnson which lead to her biography of Lady Bird published by Scribner’s. In December, 1999, Johnathan Yardley of the Washington Post “Lady Bird: A Biography of Mrs. Johnson”, one of the best books of the year. Yardley said:  “Jan Jarboe Russell treats Lady Bird Johnson as a substantial figure in her own right rather than merely an appendage to her husband, the president.” From 2000 to 2004 she wrote a twice weekly column for the San Antonio Express News that was syndicated nationally by King Features.

In 2007 she compiled and edited “They Lived to Tell the Tale” published by The Explorer’s Club in New York. In 2014 she co wrote with Linda Pace “Dreaming Red: Creating Artpace”. Founded in 1993, Artpace has become one of the premier foundations for contemporary art.

In 2015 Scribner published The Train to Crystal City a New York Times bestseller. It also won the Carr P Collins award in 2016 for Best Book of Nonfiction. The book tells the story of a secret internment camp located in Crystal City, Texas. Between 1942  and 1948 thousands of German, Japanese and Italian immigrants and their children, many of them born in America, lived in a 290 acre camp behind barb wire with armed guards. This secret camp was used to collect immigrants who would be traded back into their native countries for American POW’s, American businessmen, and in some cases Jews in Nazi concentration camps.

In 2018 Mrs Russell was presented with the Award of Literary Excellence from Gemini Ink, San Antonio’s literary center, for her body of work. That same year the was inducted into The Dailey Texan Hall of Fame at the University of Texas. Also in 2018 The Friends of the San Antonio Public Library recognized Jan at their Arts and Letters Award Ceremony.

For the last 4 years Mrs Russell has researched and written Eleanor in the Village. In this book Russell explores a lesser-known but crucial chapter in the life of Eleanor Roosevelt: when she shed her former life and took up residence among artists and reformers in Greenwich Village. The move profoundly shaped her identity and political outlook in the years that followed. Eleanor would return to the Village on a regular basis before and even after becoming First Lady. The Village had a profound influence on Mrs Roosevelt, and Mrs Roosevelt had a profound influence upon the Village.

Russell is a member of The Texas Institute of Letters, the Philosophical Society of Texas, and has served on the board of Gemini Ink, San Antonio’s literary organization. Finally she is a certified black belt, first degree in NIA, a movement practice that combines dance, yoga and the martial arts. 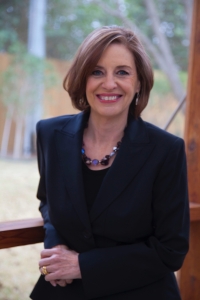 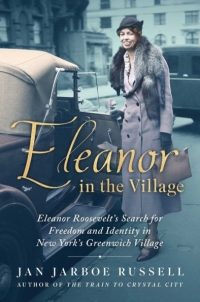