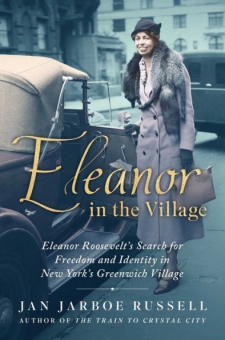 Eleanor in the Village
“A sympathetic portrait of Roosevelt, highlighting her long connection to Greenwich Village society and politics ... An admiring profile of an estimable woman.”
— Kirkus Reviews

A vivid and incisive account of a mostly unknown yet critical chapter in the life of Eleanor Roosevelt—when she moved to New York’s Greenwich Village, shed her high-born conformity, and became the progressive leader who pushed for change as America’s First Lady.

Hundreds of books have been written about FDR and Eleanor, both together and separately, but yet she remains a compelling and elusive figure. And, not much is known about why in 1920, Eleanor suddenly abandoned her duties as a mother of five and moved to Greenwich Village, then the symbol of all forms of transgressive freedom—communism, homosexuality, interracial relationships, and subversive political activity. Now, in this fascinating, in-depth portrait, Jan Russell pulls back the curtain on Eleanor’s life to reveal the motivations and desires that drew her to the Village and how her time there changed her political outlook.

Jan Jarboe Russell is the author of the New York Times bestseller, The Train to Crystal City: FDR’s Secret Prisoner Exchange Program and America’s Only Family Internment Camp During World War II, winner of the Texas Institute of Letters Prize for Best Book of Nonfiction. She is a Neiman Fellow, a contributing editor for Texas Monthly, and has written for the San Antonio Express-News, The New York Times, Slate, and other magazines. She also compiled and edited They Lived to Tell the Tale. She lives in San Antonio, Texas, with her husband, Dr. Lewis F. Russell, Jr. 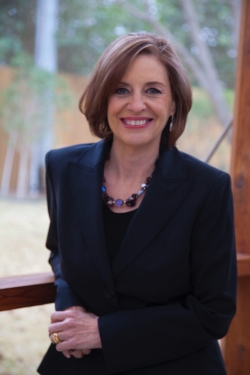